During Challenge Poverty Week 2022, we are using our blog and social media to give a platform to members of the Commission’s Experts by Experience Panel who will be sharing their personal views and insights into poverty throughout the week.

The Commission’s principles commit us to amplifying the voices of experts by experience. Contributions from individuals reflect their personal perspectives and opinions are not necessarily the views of our Experts by Experience Panel or the Commission as a whole.

On day 3 of Challenge Poverty Week 2022 we are sharing art from two of our Panel members, Heike and Sasha.

Perched on top of the church steeple

a flash of purple feather glints

in the weakening sun

Crow observes his territory below

a patchwork quilt of russet and green

humans the size of ants rushing from A to B

Crow shivers, not troubled by the autumnal decay

nor the arrival of honking geese

has engulfed the land

as conkers fall from trees

as golden sorrows warm the roots of trees

and mist and ice bring calm

time is running out,

faster and faster slipping between the cracks

church bells ring out in anger

together they sing a eulogy to the rising sun

Crow sweeps down and lands between the graves of stone

the dead they slumber

yet things are not what they seem

humanity hangs her head in shame

about poverty and human indifference

The following collages have been created by Panel member, Sasha. Sasha has written a blog to accompany one of her collages, which draws links between experiences of poverty past and present: a pandemic, the experiences of disabled people, inequality and the state. 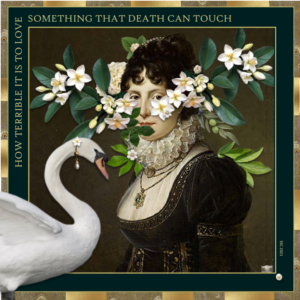 One of the things I most enjoy about my job as a visual artist is research. The downside is that it’s very easy to get distracted by random stuff, think ‘wow, interesting’ and after hours of googling, nothing is down on paper. But sometimes, a story leaps out and it’s impossible to resist the urge to find out what happened next.

On September 14th 1904, a farmer, Ted Higham, came across a dead body behind Moss Lane, then a rural area outwith Preston.

The smartly dressed man had bullet wounds to his head and in the pocket of his overcoat there was a note.

By the next morning enormous excitement had been generated and the Lancashire Daily Post ran the story with banner headlines:

I came across Harry Place’s sad end completely by accident and was so troubled and intrigued by it, I set out to discover more about him. Gradually, I’ve been able to put together a chronicle of the events leading to his death and its aftermath. It’s a remarkable tale of a lost fortune, secret marriages, piracy, violence, and forbidden love.

But most of all, it’s the story of a family torn apart by the ‘White Death’, Tuberculosis, a contagion which also had a huge impact on my own childhood sixty years later.

For me, what gives Harry’s story such resonance is how rapidly his life was ‘overtaken by events’. In the run-up to David Cameron’s election as Prime Minister, he gave a speech based on the premise that birth should not be destiny. Yes. Well. We can all hope. However, all things being unequal, Harry ought to have been destined for a comfortable and comparatively privileged existence, climbing the social ladder in the golden years before the Great War.

His father, Matthew, was a successful dentist and town councillor. His maternal grandfather a superintendent of police, and his paternal step-grandfather, a pillar of the East India Company. They, in turn, were the children and grandchildren of prosperous merchants, surveyors, adventurers, freemen of the City of London. The ‘thrifty and industrious classes’ so beloved of Winston Churchill.

The foundations of the Place household looked solid enough but something beyond their control, a pandemic, began a chain reaction, resulting ultimately in Harry’s suicide. The death of his parents from TB sent shock waves through the extended family; Things fell apart, at first slowly, but then with terrifying speed as the generations imploded.

‘Respectable’ middle class people, once accustomed to making charitable gestures, suddenly found themselves beholden to the institutions of the state. Orphanages. Prisons. Workhouses. Asylums. Cheap lodgings. Even cheaper lives. I doubt they imagined it would ever happen to them.

After all this, I couldn’t let Harry simply disappear into history again and so my next commission, thanks to Disability Arts Online, is to create thirty portraits from the Place family tree. They’ll be strange and uncanny, but beautiful too. I want people to know how easy it is to be engulfed by the unimaginable.

This image is about the power imbalance in Scotland – resources and influence are concentrated in the hands of a small group of people, whilst the majority of us are constantly worrying about how we’ll manage* to pay for the essentials. *Or how we won’t. 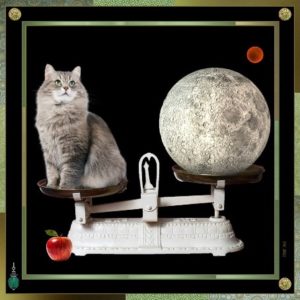 There is No Life 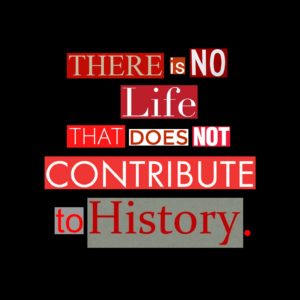